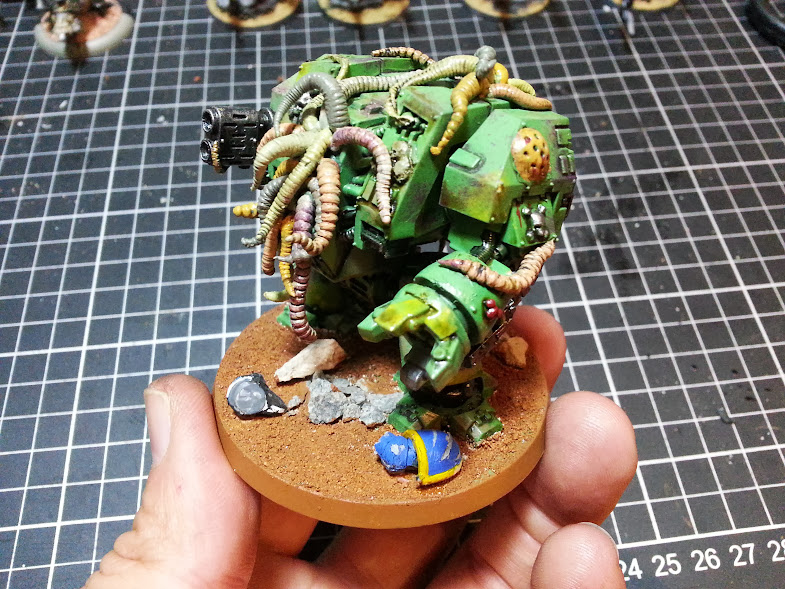 He started off blue and red (Crimson Fists?), but I tore into the front where the pilot sits to open it up.

I bought a Masq Mini Tube Tool online (I went with them because the Green Stuff Industries tool looks good but shipping from the US would have been more than the cost of the tool alone), and went to town on this converted Space Marine Dreadnought, adding tentacles of various sizes all over it.

So now it looks like the Warp took over completely and the poor sucker inside has just been completely consumed by the tentacles, and they’ve burst out in various places all over the machine. 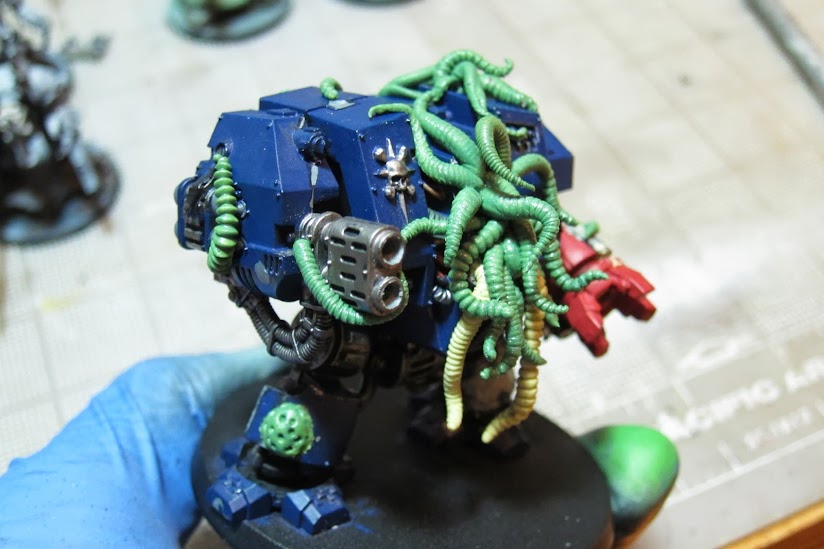 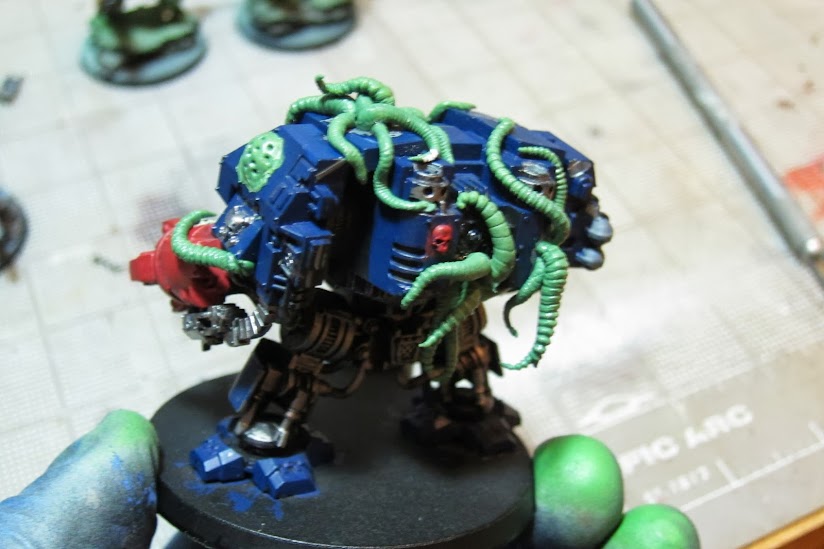 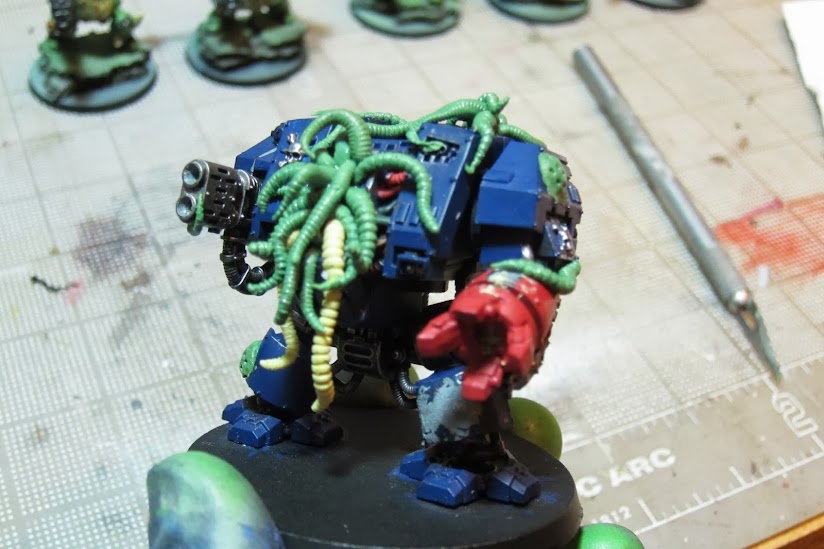 Then I mixed up an appropriately green Nurgle-y color and airbrushed it on (thus the glove I’m wearing – you can see the green on my fingertips after I painted up the Plague Marines the same night I took this photo).

He was looking too clean, so I stippled purple, yellow and other appropriate colors on, and I decided that I’ll try pigments on this model (my first time using them) to really get the weathering action on. I also added a few ‘pimple’s here and there, and used my Blu Stuff mold of the Nurgle fly and triple skull logo to make some Green Stuff appliques to go on the shoulder and front armor.

The base was looking plain as well so at the suggestion of one of the guys I play with I scattered some Space Marine body parts all over, as well.

More pictures of how he is now: 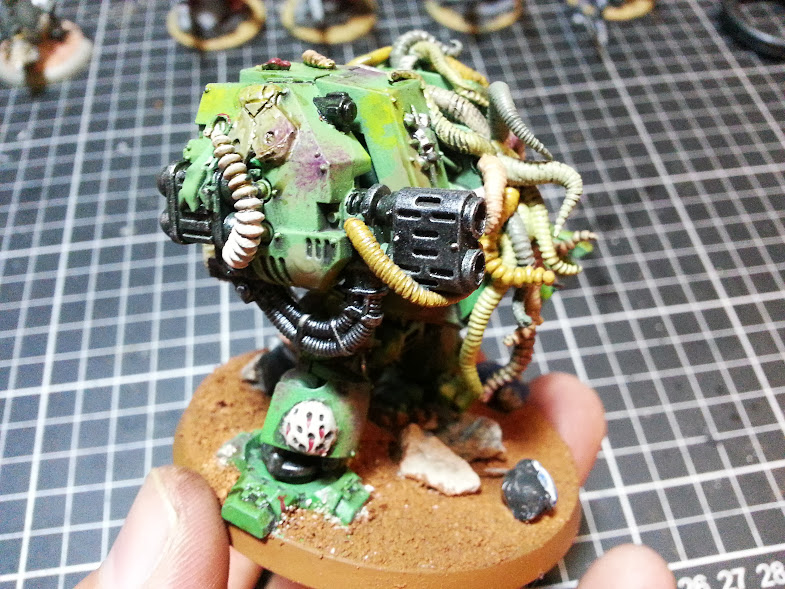 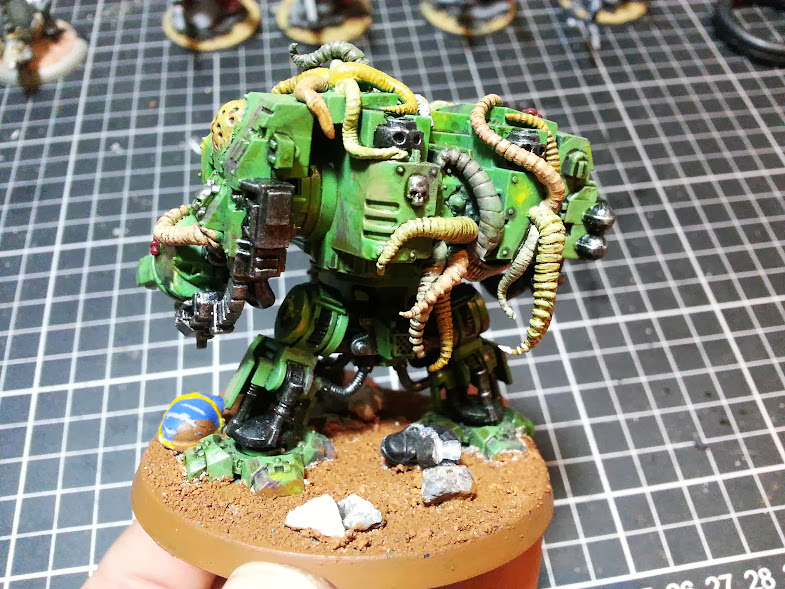 The various bits of Space Marine on the base will be bloodied, as if the power fist had just crushed the former occupants to bits. The fist will also get some scars and fresh blood, plus spatters and drips on the armor 🙂 and of course the dust and grime weathering.