Here’s the first Maulerfiend/Forgefiend I completed – I think this was the first boxed model I bought from a Games Workshop store! – he’s fully magnetized to be fully swappable between the melee weapons of the Maulerfiend (huge front arms and the tentacles) and the ranged shooting weapons of the Forgefiend (gatling autocannons and the plasma guns). 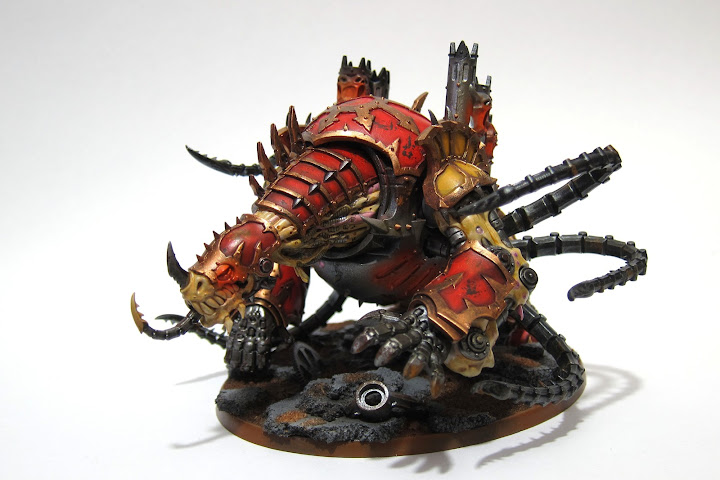 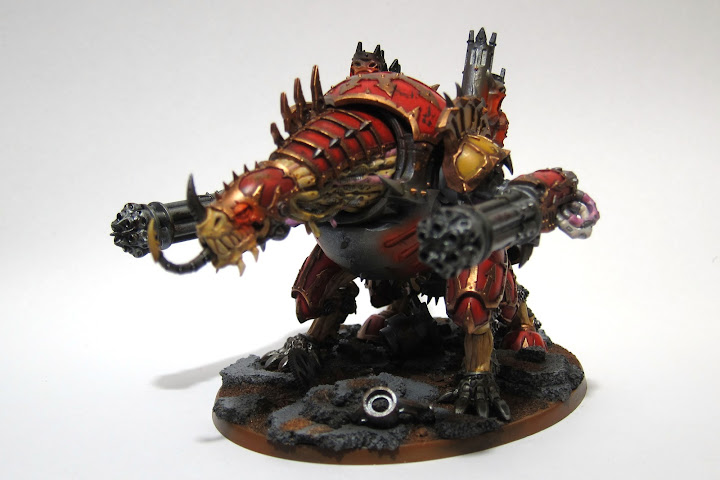 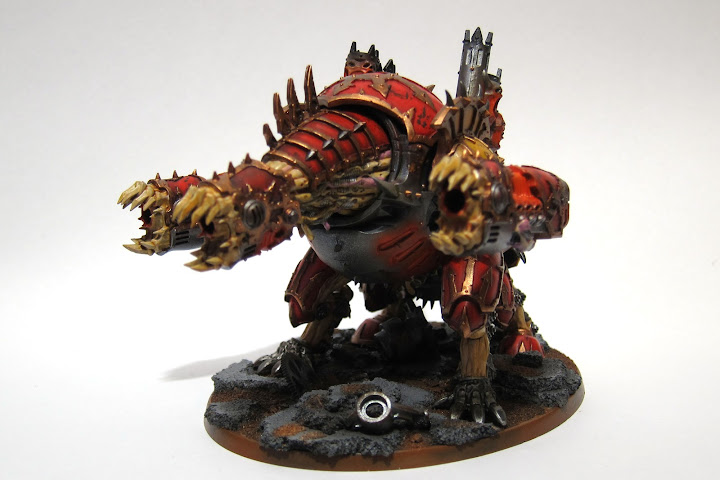 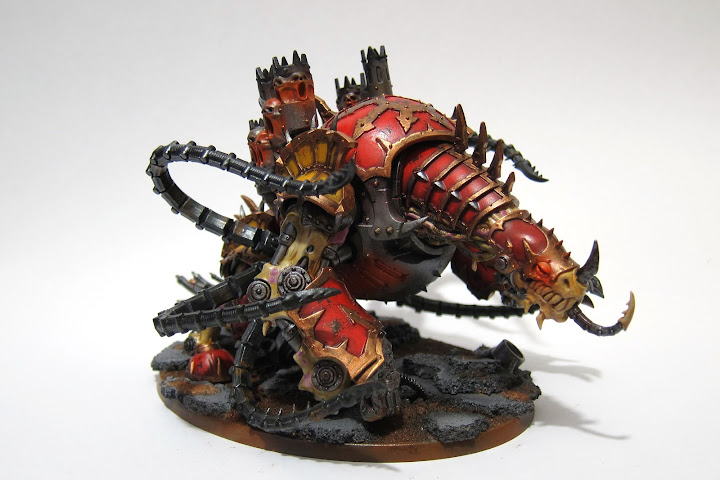 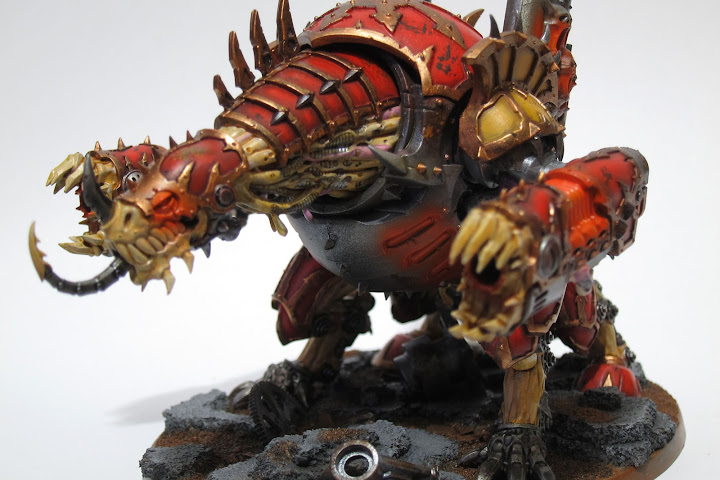 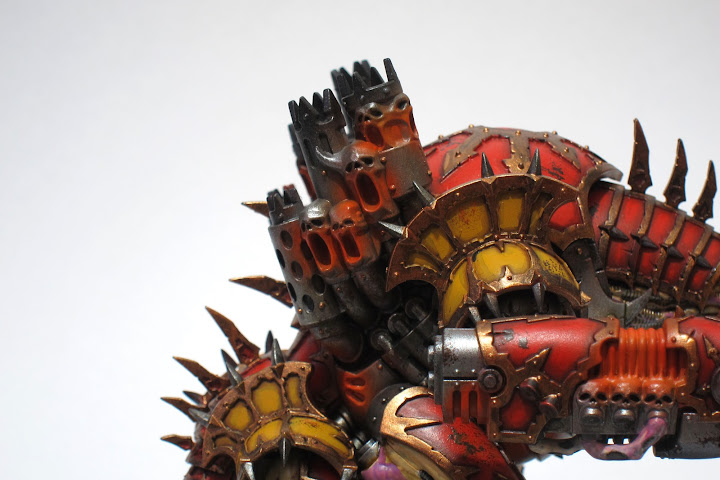 …and the glow from the exhausts here… 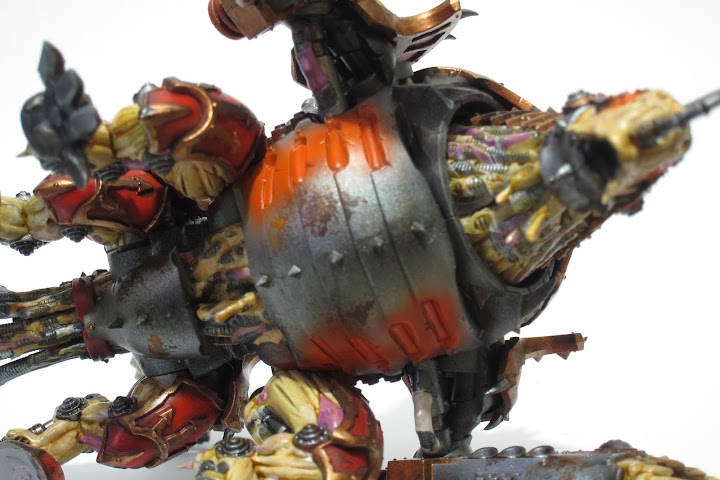 …and the inner demonic glow from the body here. 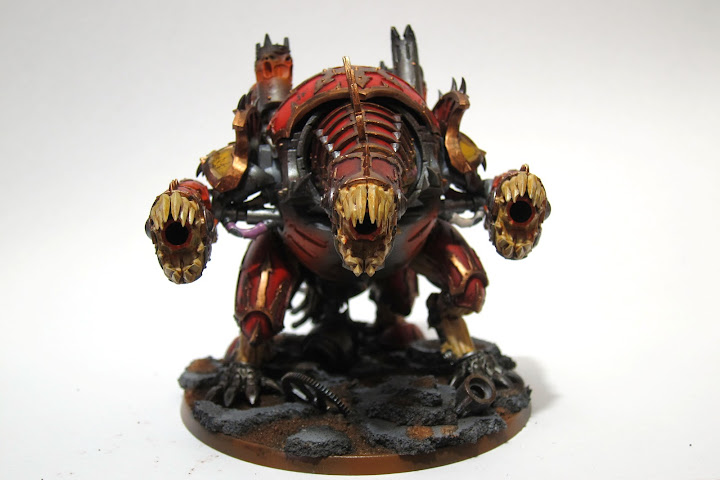 And the wreck/exploded marker for the fiend: 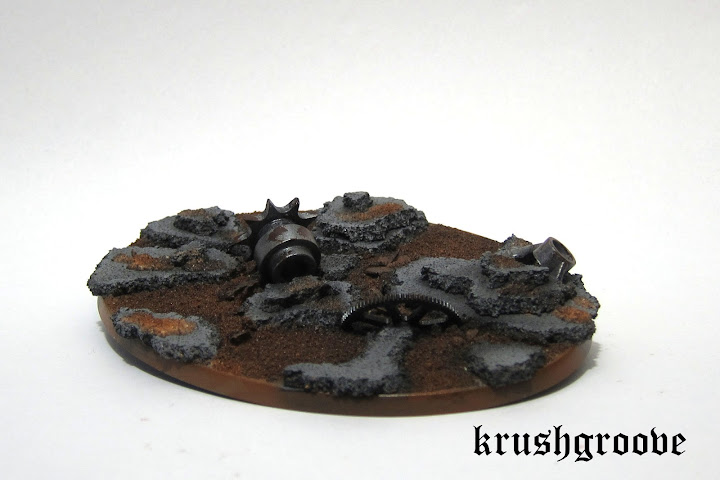 I’ve got another Forgefiend model from a Reddit gift exchange, the new one will be done as a Nurgle conversion so should be pretty fun to muck about with!