Because Havocs with Autocannons are the go-to choice for Chaos Space Marines, that’s all I’ve been using (except when I needed Lascannons against the Necron chariot, woop!). So I need 4 Autocannons to equip my guys. So far I’ve been proxying the black and purple Chaos Marines I got off ebay (now painted in the colors of the Flaming Spears!), or using my fully painted Chosen, but I’ve been wanting to scratchbuild an autocannon for a while now.

When I got started I had two choices:

So I went with option 2 – got started during the first group painting sesh with one of the Hammertime 40K guys: 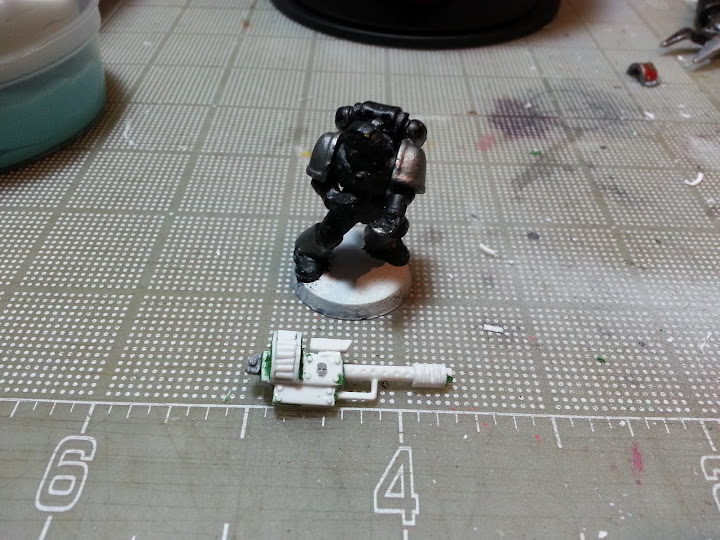 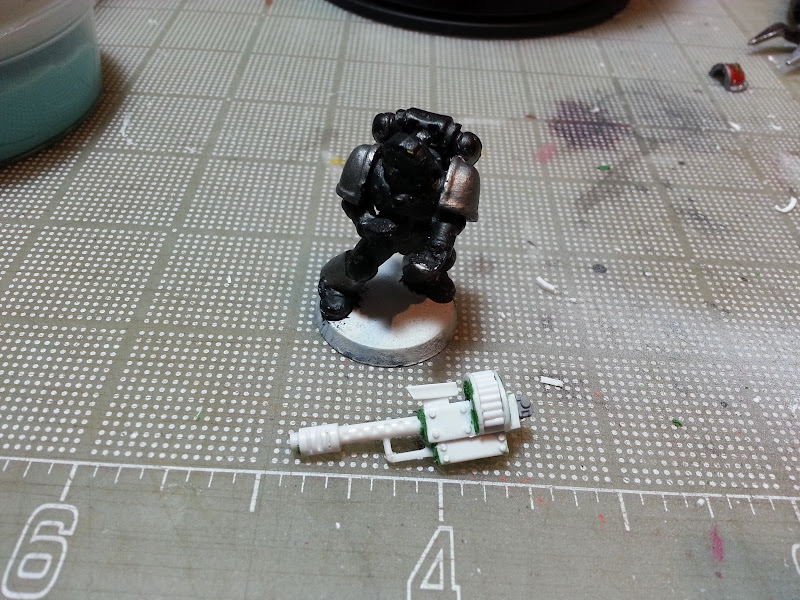 This is one night’s effort, I need to do some cleanup on the green filler putty and add handles on the top. I’ll probably include hands as part of the piece, too, so it’s easier to magnetize.

This is what the normal handheld GW autocannon looks like:

Mine might be a bit small, looking at this picture, but should still be good-looking enough on the tabletop!