Here’s a group of Plague Marines I converted from the 40K Dark Vengeance starter box: 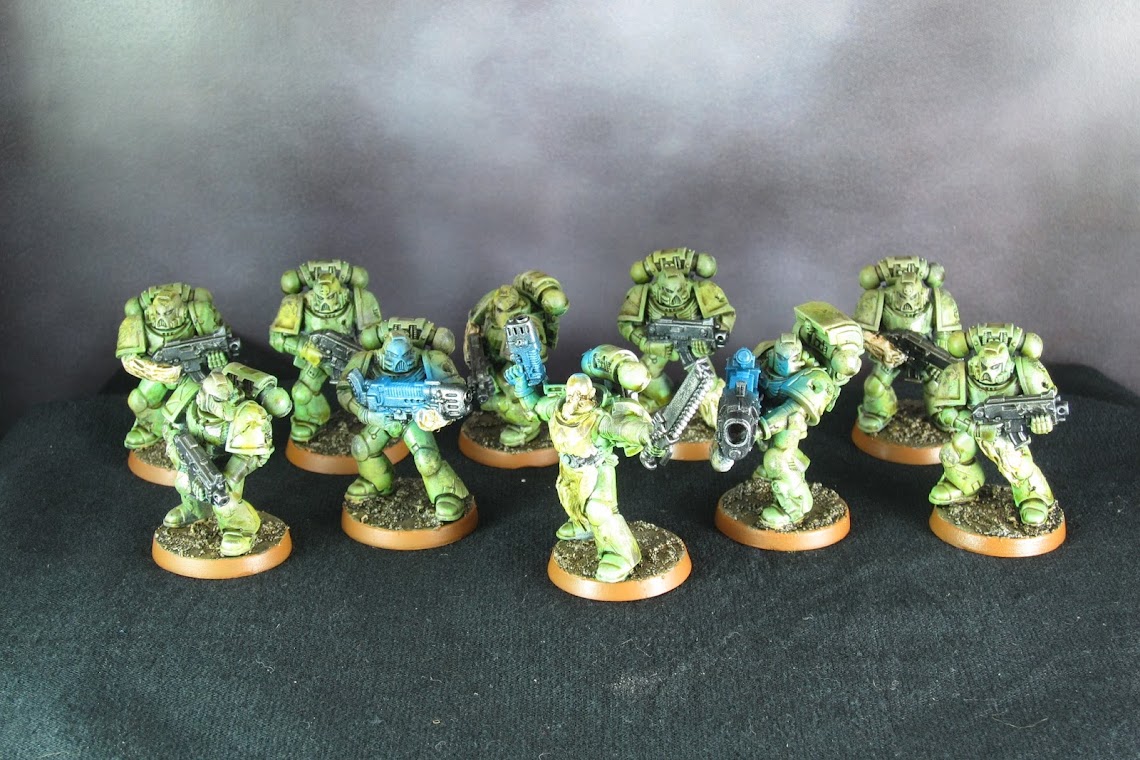 I may have gone a little overboard with the OSL but this was my first time trying OSL in this way. I hadn’t done any OSL on plasma guns before so this was cool to do. Plus, these guys are just meant to be ‘tabletop’ quality so I didn’t want to spend too much time on them and fix too many things.

Nurgle paint jobs are pretty easy to do because it doesn’t require much finesse unless you are going for something with proper display quality – in fact the Nurgle look encourages a messy look, I think! I played around with the green quite a bit because I thought the Nurgle Terminators I did earlier were too bright and clean, so I stippled on some Minitaire Rotting Flesh and P3 Cryx Base to darken them up and give them a mottled appearance.

It may not fit precisely with the fluff of the codexes and books but they’re meant to be Fallen Angels or some other loyalist squad that decided Nurgle is the way forward, or a ‘lost squad’ of Death Guard that weren’t as exposed to the warp as some of their CSM bredrin.

The way I see it, there are various ‘degrees’ of Chaos:

They’re meant to be just something with a different color on the table. 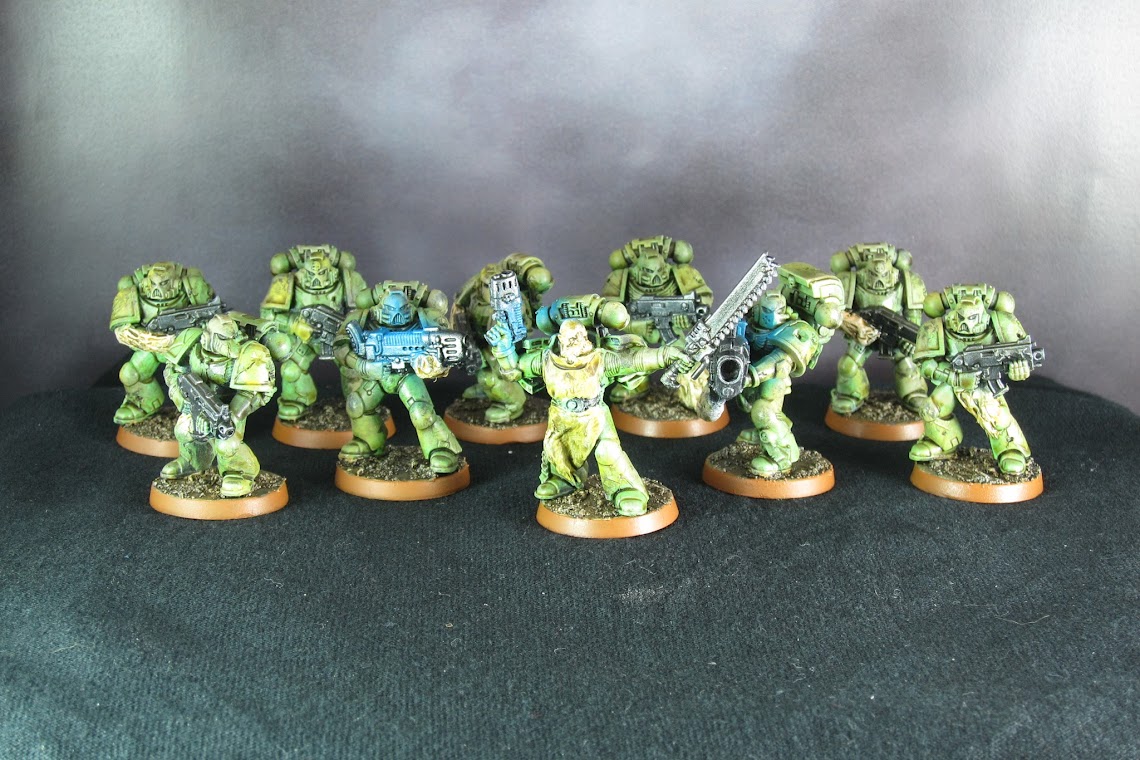